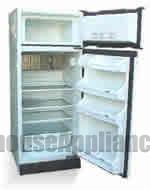 When doing propane fridge comparisons, in times past, the SERVEL built in the 1930’s -1950’s lasted for generations due to the fact that their design was made with the intent to last a long time. In later times, the refrigeration units have become more streamline with less heavy duty materials for lighter weight and still have quality performance. An average propane gas refrigerator today will last approx. 15 yrs. By that time the box will be looking quite tattered under normal use. 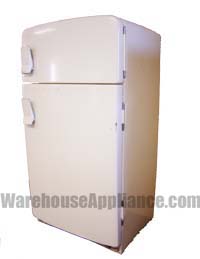 The older style SERVELS were much heavier in weight than the newer style ammonia cooling systems are. These older units weighed as much as 400- 500 lbs. The newer refrigerators weight anywhere from 150-275 lbs. This again is due to lighter materials and higher quality workmanship. There is also a larger amount of selection available on the market to choose from today compared to 50 years ago.

Some of the newer propane refrigerators for backwoods and off the grid living that are on the market today are ; DIAMOND, EZ-FREEZE, DOMETIC, CONSUL, and DANBY. These are all ammonia absorption systems that run off of either, propane, natural gas, or butane burners. The DOMETIC refrigerator is the only one that is still available with kerosene

The CONSUL and DANBY refrigerators are manufactured in BRAZIL S.A. Both made by the same company.

The DIAMOND and EZ-FREEZE refrigerators are manufactured in the USA. by separate independent companies.

As was mentioned before, an average absorption cooling unit today runs for 10-15 years. The cause of this difference in length of performance compared to the older style SERVELS is based on 1 primary thing. When SERVEL built those huge old refrigerators, the materials used on the cooling units was so much heavier and thicker, thus adding all the extra weight, that they hardly ever rusted out. The evaporator also was galvanized to prevent rusting. Rusting is a primary cause for leakage in the cooling units itself.

There are times in hard, heavy use that an ammonia absorption refrigerator will block up in the boiler section [perk tube] in 5-10 years. When this happens, the refrigerator can be recharged again. This is done by first removing the ammonia solution and then removing the blockage in the perk tube. When the unit is repaired and welded together, the unit is recharged again with new solution.

The gas consumption on a “modern day” gas refrigerator is less than half the amount than an older SERVEL is due to the designing of this cooling system. An average amount of propane used in the older SERVELS was 3-4 lbs. a day. This is approx. ¾ gal. of propane a day. The average amount that the newer style propane refrigerators use is 1 – 1 ½ lbs. a day, an approx. amount in volume @ gal. is 1/3 gal. per day.

The older SERVELS with their larger burners have been noted to burn much more dirty than the modern day refrigerators do. Since the modern-day propane refrigerators use only ½ the amount of fuel to operate, they are also noted to burn much cleaner. These unburned gas fumes are what they call carbon monoxide [CO]gas. When too much of this gas is emitted into a room, it will create CO poisoning if this level of CO is too high.

The older SERVELS built in the 1930’s – 1950’s were noted to emit up to 1500 parts per million [PPM] of CO gas fumes at the exhaust vent. If this would be emitted into a room 10′-20′, it would emit approx. 300-400 PPM of CO into the building [this amount varies depending on the size of the room]. This amount of CO is in a danger zone for exposure. It is highly recommended to vent an older SERVEL because of this high level of CO emission. This is due mostly because of the the design of the burner setup. The older SERVELS are not legal to operate in CANADA and are discouraged to be used by the USA. The government of United States has set up a system to reclaim these SERVEL refrigerators by paying the owner $100 + disposal costs just to get them off of the market. Many people loved the longevity of these refrigerators that have been used for 70 some years and find it hard to part with these units and therefore, creating more hazard for themselves. This is why the government wants to omit these refrigerators. Any older style SERVEL refrigerators that are still in use today can be disposed by calling, SERVEL ACTION COMMITTEE at 1-800-782-7431.

A propane refrigerator does not generally need to be vented to the outside.